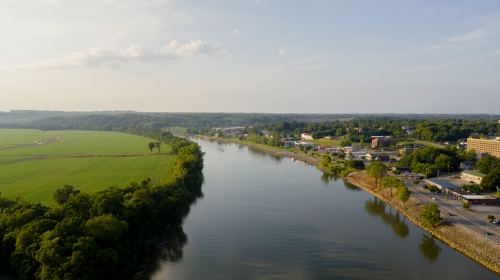 Clarksville-Montgomery County is one of 38 counties making up Middle Tennessee; it lies on the north-western edge of the region along the Cumberland River surrounded by rolling hills. Easily accessible from several major interstates and centrally located within just a day’s travel from 76% of all major U.S. cities - Clarksville continues to develop as a key player in the region. Just a short 45 minutes from the boom of Nashville, one of the fastest-growing cities in the nation; Clarksville is in many ways keeping pace with its neighbor to the South.

While both Clarksville and Nashville have seen substantial growth in the housing market during recent years, one thing is certain, housing is more affordable in Clarksville with numbers well under the national average of $261,600 for a single-family home. The 2018 median sale price for a single-family home in Montgomery County averaged $190,000 for a total of 4,840 homes sold while Nashville’s Williamson County stood at a whopping $477,055 for a total of 6,110 homes sold, and the median average for the state at $210,00 for a total of 107,560 home sold - according to the Home Sales by MSA fact sheet by the Tennessee Housing Development Agency.

The housing market is not the only favorable regional statistic Clarksville-Montgomery County has to boast about – our community consistently outperforms in education from Elementary to University level. Our high-school graduation rate is 94.6 percent (MTIDA 2019 Community Profile), while the state and Nashville’s average are almost seven percent below that rate at 87.8 percent. Clarksville also holds a higher than average rate for a bachelor's degree at 17.7 percent compared to the state average of 17.2 percent, while Nashville tops that rate at 24.3 percent according to the US Census 2017 American Community Survey.  Plus, with 11,048 students enrolled for the Fall of 2019, Austin Peay State University is yet again at the top of Tennessee’s state University enrollment numbers.

The Clarksville-Montgomery County School System (CMCSS) has ten Reward Schools - performing in the top 5% of the state; received top marks for student academic achievement four years in a row and was awarded first place from the National School Boards Association for innovation and excellence. CMCSS also has two elementary schools that have the STEM school designation and national award-winning middle school robotics teams.

And opportunities for outdoor recreation and a healthy lifestyle are limitless with Clarksville’s over 1,000 acres of parks, 14 miles of greenway and 9 miles of Blueway – with future greenway extensions in the works. Our community is known for its history, charm and dazzling sunsets - in fact, Clarksville was recently named publishers choice for top ten U.S. destinations by The Hotel Guide, touting our many year-round events and endless outdoor recreation. Plus, the number of visitors to our community is constantly climbing – in 2018 Montgomery County saw the second-highest growth rate in tourism spending of all 95 Tennessee counties, with direct travel spending increasing 9.12% over 2017, for a record-high of $244.7 million.

As a key community in our region – Clarksville definitely stands out for affordable housing, quality education and an abundance of outdoor recreation. Established in 1784, Clarksville certainly has historic roots - but it is a young thriving community, with a median age of 29.4, a full 9 years younger than the state average of 38.6, according to the 2018 US Census. And it is a community unmistakably on the rise, recently named the number one place to live in America by Money.com for 2019.

As Clarksville-Montgomery County continues to grow its presence in the region, taking our community to the next level with additional amenities for our residents and visitors to enjoy, more high-paying jobs to increase the median household income, and new transportation and commuting options to ease travel are crucial - with those developments our community will see endless opportunities arise and it will continue to stand out as a destination admired by many as a great place to visit and call home.

0 comments on "Clarksville Shines in Middle-Tennessee: A regional statistical overview"

Aspire VI dollars are key to the future of our local business development, which is anticipated to bring over 4,500 new jobs, $3 billion in new capital investment and, in turn, a 20% increase in the median household income to the area over the next five years.