The Clarksville-Montgomery County Economic Development Council (EDC) is proud to announce Clarksville-Montgomery County will be one of only ten communities taking part in the recently launched Tennessee Valley Authority (TVA) Community Innovation Academy beginning in the spring of 2020. This program is focused on economic development and dedicated to teaching those in the industry how to create ideas and innovations that launch communities forward toward progress.

On Thursday October 31st the Clarksville-Montgomery County Economic Development Council (EDC) hosted members of the Nashville Chamber of Commerce for an informative “Soldier for a day” experience at Fort Campbell.

The visit focused on the immense economic impact that Fort Campbell has on middle Tennessee and the greater Nashville region; the high-level technologies and skills soldiers learn & utilize during their time at Fort Campbell that make them great leaders and a valuable asset to the workforce; as well as the many out-processing resources and training opportunities available to soldiers as they shift to civilian life.

The Road to the 2019 Best Place to Live in America

By now you’ve most likely heard Clarksville was named the number 1 “Best Place to Live in America” for 2019 according to Money.com (Money).

Let’s just start by saying this: the list of The Best Places to Live, is a prestigious one, in fact, it’s one that has been around for over 30 years, and that says quite a bit in and of itself. Money publishes its Best Places to Live in America list yearly and uses “economic health, cost of living, ethnic and economic diversity, public education, income, health and safety, ease of living, and amenities metrics”. All provided by research partner Wilytic according to Money.com.

For some, being named number one comes as no surprise, while others may want to know just what was considered when Money determined its ranking – according to Money.com they put the greatest weight on economic factors: housing, health and safety, diversity and cost of living.

What in the world is going on downtown?

Clarksville-Montgomery County is in the middle of an economic boom like never before, bringing exceptional success stories right along with it. In the past few years we have welcomed Hankook, Google and LG to the neighborhood; began the much asked for commercial development along Madison Street and Martin Luther King Jr. Parkway, and both residential and commercial growth in the Exit 1 area is like no one 20 years ago could have ever predicted.

Clarksville: A young, vibrant community on the rise

In case you haven’t heard, we’re young, very young. According to a recent study by SmartAsset.com analyzing where millennials (people between 20 and 34) are moving, Clarksville ranks ninth in the nation. Clarksville is also the only Tennessee representative in the top 10. Of the total 9,740 millennials who moved into Clarksville-Montgomery County in 2017, most of them – 7,773 people – came from outside of Tennessee.

What A Year It's Been!

Wow, what a year! The Clarksville-Montgomery County EDC has seen big changes since July 2018.  Our organization saw the hiring of a CEO as well as a few other leadership changes as the long-time Executive Director of the Industrial Development Board, Mike Evans, retired and Frank Tate stepped in. Some people took on new positions within the walls of the EDC and even with a year of transition, we have seen record-breaking numbers in our community. Much of that is directly related to the hard work of the employees who have dedicated themselves to the mission of the Chamber of Commerce, Industrial Development Board and Convention and Visitors Bureau.

Itâs No Secret, Veterans Are Vital to Our Local Economic Success 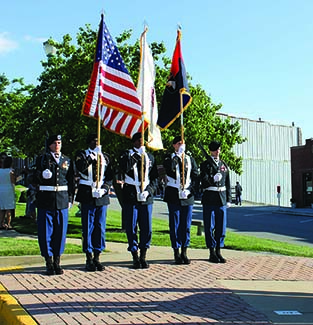 What if I told you right now, we plan to bring in a new company that will continually add $26.9 million into our local payroll every single month?

What Could The Future Of The Former Vulcan Site Mean For The Community? 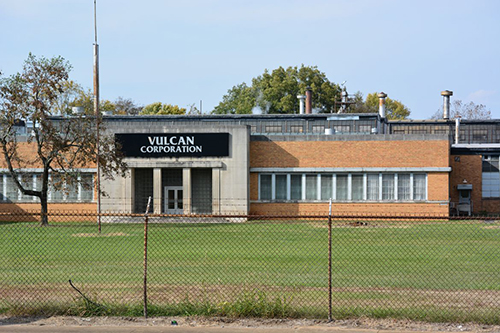 Here we sit in one of the most ideal situations we could hope for when it comes to the advancement of Clarksville - Montgomery County. One of the main entrances to our Downtown is now for sale and ready to transform an area of town that needs a serious facelift.

Let's Take Our Money Back

It is being proposed that our community gain an amazing, revenue-inducing destination, that the Economic Development Council can promote to potential community investors, with minimum to no burden on the existing property tax rate.

The Clarksville-Montgomery County, Tenn. Economic Development Council (EDC) Executive Committee is pleased to announce they have received commitment from Jeff M. Truitt, 46, of Clarksville, to fill the position of Chief Executive Officer.

With the recent news that the State of Tennessee now ranks number five in the nation for median household income growth, it is time to take notice and pay attention to how Clarksville-Montgomery County stacks up.